Everything you wanted to know about floor
levelling, optimum mixes, drying dimes,
troubleshooting and more.
Get the low-down on floor screeding

Regular screed testing throughout your project.
can help avoid heart break at the end of it.

Find out how, when and what you need to test.

Don’t let your valuable investment crumble
before your eyes.

See what happens when you let walkers, machinery
and even stray screws loose on your new floor.

Whatever your floor screeding challenge, there’s
a good chance we’ve encountered it before.

Get some expert advice

From pipe diameters and spacing to
troubleshooting hot/cold spots and understanding
environmental issues, you’ll want to get your
underfloor heating right the first time.
Get the score on underfloor

The Screed Scientists bring you all the latest news
and views from the world of screed flooring.
Get some expert advice

Flooring represents one of the biggest litigation areas in the construction industry. Whether someone used the wrong mix, installed it to the wrong level, ran construction vehicles over newly laid screed, or allowed heavy traffic vehicles onto a well-established floor, the result is often the same: a heavily damaged floor.

And very often, the cost of starting over far outweighs the cost of getting it right the first time.

We’re here to help. By understanding the science of screeding — from first plans to installation to aftercare — you can avoid costly mistakes and spare yourself a lot of pain.

The Screeds are a warm and friendly bunch, and they live and breathe flooring. Got a flooring challenge? There’s a good chance they can help! 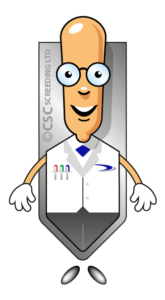 When it comes to the theory of floor screeding, Professor Screed has it covered. He’s on top of the latest developments and knows his free-flowing screeds from his traditional mixes. He also knows when to use a floor-levelling compound, the optimum conditions for laying your screed, and how to keep it in tip-top condition after installation. 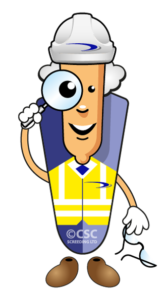 The Screed Doctor wants your screed to stay healthy and strong, standing the test of time. He’s keen to understand the causes and symptoms of poor screed health, and, where feasible, the remedies. He believes that prevention is better than cure though, so works closely with Professor Screed to raise awareness of best practices for screed mixing, installation and after-care. 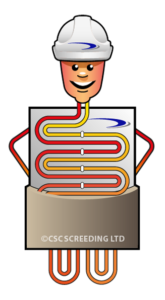 The Screed Warmer loves a nice, warm floor, and is passionate about getting it right the first time, knowing how costly it can be when you don’t. He knows exactly what happens to screed when it undergoes constant temperature changes, and how to build in the appropriate stress relief measures at the design stages. He also knows the relevant British and European standards inside out — handy! 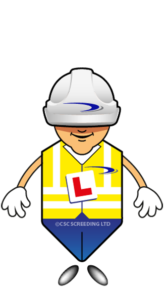 Last but not least, the Screed Apprentice, the newest member of our family is excited to know everything there is to about screeding. Fortunately, help is at hand from the Screed Science team. As far as The  Screed Apprentice is concerned, there’s no such thing as a dumb question, and he’s not afraid to challenge conventional wisdom to get the job done right the first time. Got a question? Give the Screed Apprentice a shout!

DO YOU NEED ADVICE ON FLOOR SCREEDING?

What gives The Screed Scientist nightmares?

As a troubleshooter, the Screed Scientist has visited the scene of many a flooring crime. Reliving some of his experiences, he says:

“The toughest ones are where a client has spent a lot of money on a top-quality floor — like marble — only to have it fail because the screed underneath was insufficient. The cost of getting it right the first time would have been a fraction of the cost of putting it right. That’s a difficult message to deliver.

“There have been times where a screed has been mixed in a factory and passed all the tests, but it needs to be tested after installation make sure it’s been compacted properly and meets the correct ISCR (in-situ crushing resistance) for its intended use. The way it’s been stored, moving it from A to B, even the weather on the day can all make a difference.

“One problem we often encounter is a general builder taking on a screed project themselves. Obviously, they know a bit about the subject, but they’re not necessarily equipped to deal with the unexpected. I’d advise anyone contemplating a large screeding project to talk it over with us first.”

Screed makes the Screed Scientist happy! Seriously though, no matter what the project, he loves his work.

Some projects that stand out for him include: Three episodes of Grand Designs, working on Dublin Airport Terminal 2 and helping keep emissions to a minimum, the Bvlgari Hotel in Knightsbridge, Audley Retirement Village and the Intercontinental Hotel at the O2.

You can see more project examples on the main CSC website. 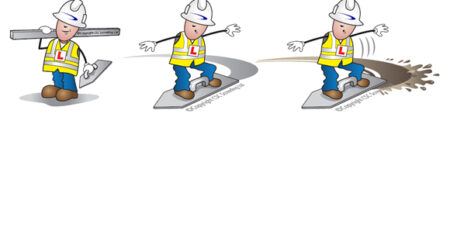 The Screed Scientist has an Apprentice!

If you have joined our gang on the Screed Scientist website to learn a thing... 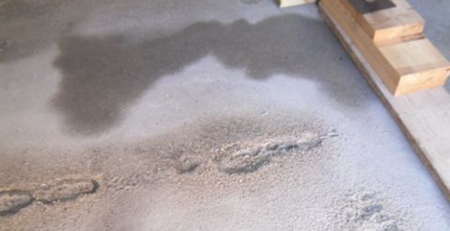 Protection to levelling floor screeds should be carried out as soon as possible after installation.... 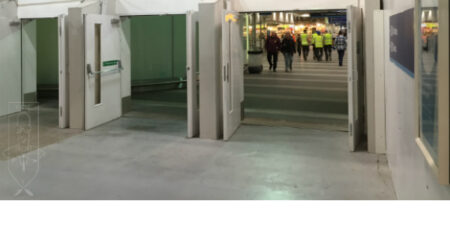 Wearing (Granolithic) Screed, what is it and where best to use it.